Another year, another Death Stranding trailer at The Game Awards. If you were expecting any hint of gameplay though, think again. Death Stranding and Metal Gear Solid creator Hideo Kojima showed off a new trailer featuring desolate landscapes, a baby in a tube, and giant extraterrestrial monsters. All of which appear inexplicable and disturbing at the same time, making this expectedly inline with Kojima’s past efforts.
Clocking in at eight minutes, it’s a bizarre trailer that doesn’t really show off anything concrete or comprehensible. There isn’t a release date either. 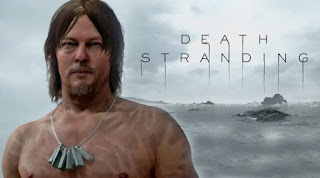 Considering that the game is published by Sony, we could see more of Death Stranding at PlayStation Experience 2017 (PSX).
Previously it was revealed that Death Stranding would use the Decima engine made by Killzone studio Guerrilla Games. This was confirmed at PlayStation Experience 2016 (PSX).
Earlier, industry sources speaking to Gadgets 360 confirmed that the studio is indeed powering the tech behind Death Stranding.
Death Stranding is the first game to be developed by the newly formed Kojima Productions, will be console exclusive to PS4.
"I'm happy to let you know I have established my own independent studio today. And I'm excited to tell you that first title from this new studio is a collaboration with PlayStation. I'm thrilled to embark on creating a new franchise with Playstation that will give you all a new and innovative gaming experience so please stay tuned," said Hideo Kojima at the time.
PLEASE SUBSCRIBE To My YouTube Channel► https://www.youtube.com/c/Gogetyours
BUY a Miniature Star Wars DIY Figure ABS Building Block
https://www.gearbest.com/block-toys/pp_513722.html
at December 08, 2017