LG V30+, the second flagship smartphone of 2017 from the South Korean consumer electronics giant, went on sale for the first time in India on Monday, exclusively via Amazon.in. The smartphone was launched in the country last week, but was first unveiled at IFA 2017. It is the higher storage variant of the LG V30, bearing 128GB instead of 64GB of inbuilt storage, and the two smartphones are otherwise identical. The highlights of the V30+ include a large FullVision display with Always-On Display and HDR10 support; dual rear cameras, Bang & Olufsen-powered a 32-bit Hi-Fi Quad DAC, bundled B&O Play earphones, IP68 certification for dust and water resistance, MIL-STD-810G rated shock resistant, face unlocking, as well as a Floating Bar interface. 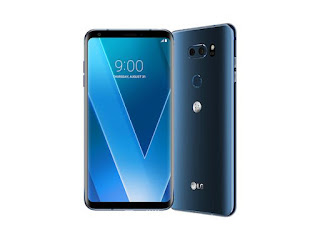 LG V30+ price in India is Rs. 44,990, and it became available to buy exclusively via Amazon.in on Monday. It is available in Aurora Black and Cloud silver colour variants in India, with other colour variants said to arrive at a later date.
LG V30+ launch offers include a free one-time screen replacement worth Rs. 12,000, a free wireless charger worth roughly Rs. 3,000, and in-app purchases worth Rs. 6,400 for the Beat Fever app - the latter two offers extend until December 19. Amazon is also listing an additional Rs. 2,000 off if the smartphone is purchased by exchanging an old smartphone.

The dual-SIM (Nano) LG V30+ runs Android 7.1.2 with the LG UX 6.0 skin on top. It sports a 6-inch QHD+ (1440x2880 pixels) FullVision OLED display with a pixel density of 638ppi and Corning Gorilla Glass 5 for protection. As we mentioned, it supports the HDR10 standard. It is powered by an octa-core Qualcomm Snapdragon 835 SoC, with four cores clocked at 2.45GHz and four cores clocked at 1.9GHz, coupled with 4GB of RAM. It bears a fingerprint sensor on the rear panel.


The LG V30+ bears a dual rear camera setup, with one 16-megapixel 1/3.09-inch sensor coupled with an f/1.6 aperture, and a 71-degree field of view lens, and another 13-megapixel 1/3.4-inch sensor with a 120-degree field of view. The rear camera setup has a laser autofocus, apart from dual-LED flash, and is covered by Corning Gorilla Glass 4 for protection. On the front, the smartphone bears a 5-megapixel sensor with an f/2.2 aperture and a 90-degree wide-angle lens.
V30+ bears 128GB of inbuilt storage, expandable via microSD card (up to 2TB) in a hybrid dual-SIM configuration. Connectivity options on board the LG V30+ include 4G VoLTE, Wi-Fi 802.11ac, Bluetooth v5.0, NFC, USB Type-C (v3.1), GPS/ A-GPS, FM radio, and a 3.5mm headphone jack. Sensors on board include accelerometer, ambient light sensor, digital compass, gyroscope, and proximity sensor. It measures 151.7x75.4x7.3mm and weighs 158 grams. It runs on a 3300mAh battery.
PLEASE SUBSCRIBE To My YouTube Channel►
https://www.youtube.com/c/Gogetyours

With 1080p recording, this little security camera fits right into any room within your home or work place to provide a secure, discreet acti... 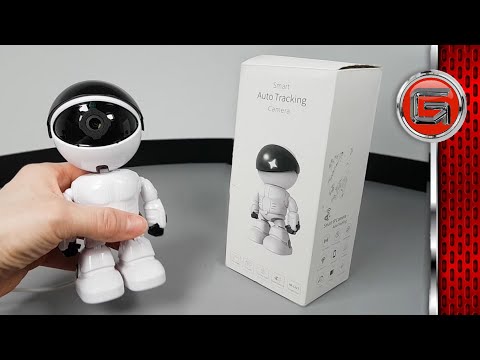