Amazon Prime Video on Apple TV is a finally a thing. In a world of walled gardens, it's the customers who suffer from a lack of choices. And today, they're set to get more options for their video consumption desires. To recall, back at WWDC 2017, Apple had announced that Amazon Prime Video will be coming to Apple TV as well as the TV app. The deal was also presumed to mean that Amazonwould resume stocking the Apple TV set-top box on its online marketplace. The former has come to pass on Wednesday, but the latter has yet to happen. 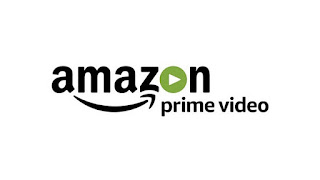 First spotted on the iOS App Store, the Amazon Prime Video app for iOS had received an update on Wednesday that brought it to version 5.0. The changelog clearly mentions that users will now be able to watch Amazon Prime Video on their Apple TV directly, if they download the separate tvOS app - meant for Apple TV 3rd Generation and later set-top boxes. Now, a few hours later, the Amazon Prime Video app for tvOS has gone live on the dedicated tvOS App Store, with users across the world reporting seeing the app. Neither Amazon or Apple have yet to make an official statement about the launch. v5.0 of the Amazon Prime Video app on iOS also brings Universal Search support for iOS search, and iPhone X support.
PLEASE SUBSCRIBE To My YouTube Channel
► https://www.youtube.com/c/Gogetyours
Follow me on
► instagram https://www.instagram.com/gogetyoursr...