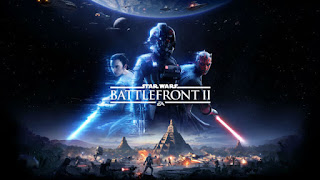 "The mixing of money and addiction is gambling," the Gaming Commission claimed. Belgium's Minister of Justice Koen Geens said, "Mixing gambling and gaming, especially at a young age, is dangerous for the mental health of the child."
As per the report, in-game micro-transactions should be banned if you don’t know what you’re buying. And the Belgium Gaming Commission wants to take this beyond its borders and have loot boxes banned across the continent. He said the process will take time, "because we have to go to Europe. We will certainly try to ban it."
Belgium isn’t the only country whose government wants to take pay-to-win gaming mechanics to task. French senator Jerome Durain penned a letter to the online gambling authority of France, ARJEL, mentioning Star Wars Battlefront 2 by name taking issue with its use of loot boxes as a part of a “pay-to-win” scheme.
Meanwhile, the state of Hawaii in the US held a press conference to address Star Wars Battlefront 2with Democrat representative Chris Lee claiming the game is “online casino specifically designed to lure kids into spending money.”
He mentioned that they would look at legislation to prohibit the sale of these games to anyone who is underage as well as “prohibiting different kinds of mechanisms in those games.”
Last week, Star Wars Battlefront 2 publisher EA announced that the game’s predatory micro-transactions would be removed temporarily. Given the stance governments across the world are taking in terms of regulation of video games and their purchasing mechanisms, it seems to be a case of too little too late.
PLEASE SUBSCRIBE To My YouTube Channel
► https://www.youtube.com/c/Gogetyours
Follow me on