Google Pixel 2 XL is now available in India starting Wednesday. The new smartphone by Google will be made available online exclusively on Flipkart and it will be also available through offline channels. Pixel 2 XL (Review) can be purchased via Reliance Digital, Croma, Poorvika, Sangeetha Mobiles, Vijay Sales, and other offline retail stores across India beginning Wednesday. 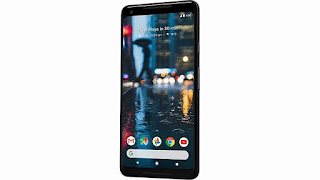 The Pixel 2 features a 5-inch Cinematic 127-mm full-HD (1080x1920 pixels) display, while the Pixel 2 XL features a 6-inch QHD+ (2880 x 1440) P-OLED at 538ppi with 18:9 ratio. Both the displays also come equipped with 3D Corning Gorilla Glass 5. Neither of the handsets have the 3.5mm headphone jack, so there is that you should keep in mind before you place the order. It wasn't immediately clear how soon customers in India will be able to place an order for either of the smartphones.
The Google Pixel 2 and Pixel 2 XL are powered by Qualcomm Snapdragon 835 SoC and 4GB of RAM. The handsets come in 64GB and 128GB storage variants. The Pixel 2 has a 2700mAh battery, while the Pixel 2 XL has a 3520mAh battery. On the photography front, the Pixel 2 and Pixel 2 XL offer the industry-best camera sensors. Both the phones house a 12.2-megapixel rear camera with f/1.8 aperture and optical and electronic image stabilisation. The front facing 8-megapixel camera has an aperture of f/2.4.
PLEASE SUBSCRIBE To My YouTube Channel
► https://www.youtube.com/c/Gogetyours
Follow me on