WhatsApp message delete/ recall feature has been in the rumour mill for nearly a year now, with the company mentioning it in the internal code. But fans will be pleased to know that the feature, which had not made an official appearance so far, has started trickling out to some WhatsApp users. WABetainfo now reports that the new feature, named 'Delete for Everyone', has started rolling out to some users on Android, iPhone, and Windows Phone apps. It only works if both the recipient and sender have the latest version of WhatsApp installed, the site notes, and it also works on Web version 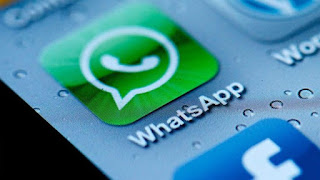 How to use WhatsApp 'Delete for Everyone' feature

The feature is said to be one of the most requested one, and is likely to make things slightly easier for WhatsApp users. The report says that it will be called 'Delete for Everyone' and several users have started noticing the feature in the latest WhatsApp version when they press the trash icon. Alongside Delete for Everyone, users will also see the Delete for Me option, if they only want to delete the message from their phone.

Samsung How to fix unresponsive touchscreen

Click here and watch video
It adds that the rollout is slow and it may take some time. As we already mentioned, the feature will only work for both the parties if the sender and recipient are using the latest WhatsApp version. The feature is said to work for all kinds of messages on the most widely used instant messaging app. The report says it will work for all texts, images, videos, GIFs, voice messages, contact, files, location, quoted message, and status replies on WhatsApp.
It also only works within 7 minutes of sending the message - after that, the message can't be recalled. Deleted messages will be replaced by "This message was deleted for everyone." Based on the initial report, the sent message will be deleted from the chat page as well as from the notifications pane. For those unaware, the recall feature is already available in other popular chat apps like Telegram, Viber, and others, and WhatsApp is finally looking to make it available to its billion daily active users as well.

WABetainfo notes that WhatsApp at the moment does not recall a message contained in a quoted message. Messages cannot be deleted for everyone if they are sent in a broadcast list. It also adds that messages will not be deleted on the Symbian app, so those users will continue to see the recalled message. The site adds that in its current implementation, WhatsApp will not notify the user that the message has been deleted.
Separately, for Android users, WhatsApp beta version 2.17.397 is now out and it adds new emojis. For those unaware, WhatsApp introduced its own set of emojis that were different from what we have seen so far. The new WhatsApp emojis were visible in beta version 2.17.363 for Android users, and were rolled out to more people. The all-new WhatsApp Beta 2.17.397 brings new emojis like star eyes, swearing face, vomiting face, shushing face, and more to the list. The new beta version was first reported by Android Police which also points that the new emoji set also gets the T-Rex. Interested users can head to APK Mirror to download the new version or join the beta program to keep updated.

Check out the New SuperEQ Headphones. These sound just as good as the Beats by Dre SOLO headphones Watch our full review over on our cha...